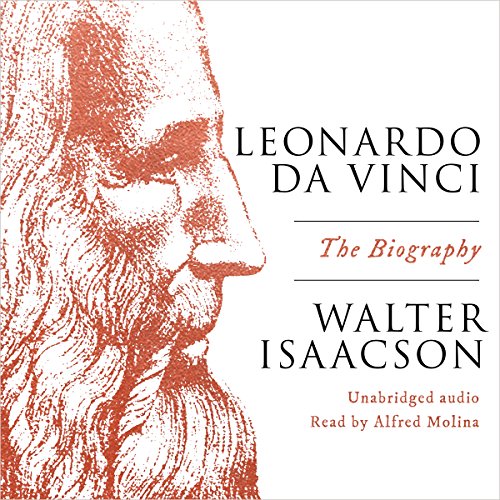 Leonardo Da Vinci by Walter Isaacson is a biography of Leonardo Da Vinci. The portrayal of the life of Leonardo by the author does not ignore him as a painter, however, it has more to do with his pages of sketches and ideas. The author reasons that Leonardo’s scientific interest and inclination improved his art. The work put by him in scientific endeavors like dissecting corpses, studying muscles etc. only made him into the accomplished painter that he was. Thus, through his scientific studies and contributions, he became the painter who ended up painting two of the most famous paintings in the history of mankind- The last supper and Mona Lisa.

The author details the multifaceted skills of Leonardo and how his genius was based on skills which anyone can improve in their lives like curiosity, observation skills, and a vivid imagination. He was by himself a man of science and technology. He carried on studies in the technical fields of anatomy, fossils, flying machines, botany, geology etc. His mastery in the field of science and art both made him into one of the greatest geniuses which mankind has seen.

Leonardo’s delight and skill in pursuing diverse passions was the key element of his creativity. His life provides a lesson to everyone to not only pursue knowledge but also to have a logical bend of mind to question the knowledge being imparted. One should develop the passion to pursue a wide range of subjects and be creative in their lives.

The audiobook provides an awe-inspiring account of the life journey of one of the greatest geniuses- Leonardo Da Vinci. The writing is completely masterful and passionate which evokes a high degree of interest in the reader.

Diana: Her True Story in Her Own Words
Fire in His Embrace: Fireblood Dragon Romance, Book 3
The Dark Tower I: The Gunslinger
The Instant Millionaire: A Tale of Wisdom and Wealth
The Lawnmower Man and Other Stories From Night Shift
At Grave's End: Night Huntress, Book 3
X