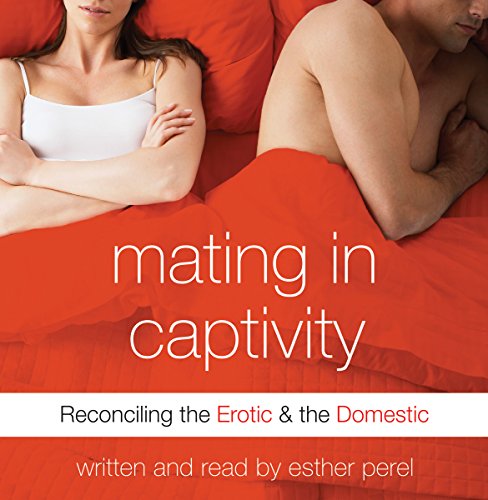 Mating in Captivity takes us on a journey of self-discovery as the reader explores its own paradoxical fusion of their Intimate desires and domesticity while describing the multiple successful ways to bring a lot of lust home with you after a long day.

The best part of this Work must be the twenty plus years of experience Esther Perel has as a Couples Counselor which she pours onto it while she examines the many levels of complexity that existed in a relationship which tries to keep the desire going. Her latest work is a recollection of her own case studies throughout her successful career that details the comings and goings of long-term couples as they reach a higher level of Sexual Drive in a more exciting, playful, and even poetic way.

Mating in Captivity is without a question provocative, wise, witty, straightforward and revelatory. A true sensation that will for sure transform the way long time couples see each other and will most definitely light the fire again in the Bedroom. Another amazing thing about it is how easy it is to understand the language used, as well as being incredibly self-explanatory.

No one can deny the level of international praised and recognition Esther Perel has received over two decades of professional career and now she pours her all down in this bestselling masterpiece. It grants the reader the ability to identify exactly what is doing wrong in the intimacy department while also exploring the multiple positive ways in which these situations can be resolved.

Whether you are Heterosexual or Homosexual you can take full advantages of what this material has to offer and help you sustain the sexual desire throughout a long-term relationship. The great thing about is that unlike other works out there that seems to be aimed at robots or individuals with addictions due to their formulaic layout or some \"X-Step Program.\" The dishes all paradigms aside and actually presents us with solutions aimed at Humans which are easy to follow.