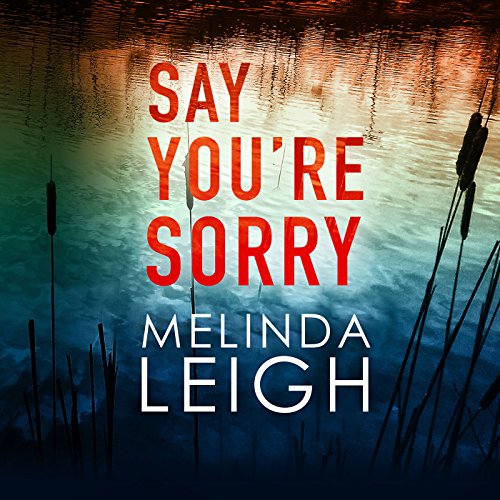 Say You're Sorry: Morgan Dane, Book 1 by Melinda Leigh is the first book in the Morgan Dane series. Morgan Dane is devasted by the loss of her husband in Iraq. She along with her three daughters return to Scarlett Falls, to the comfort of her hometown. She lives with her grandfather and a teenager. Morgan decides to take up a job and start making professional move in her life.

Lance Kruger was an ex SFPD officer but due to a gun shot wound, he is training now to become a private investigator. His mentor Lincoln Sharp has started his own private investigative agency. He is like a father figure to Lance.

Nick is Morgan’s young neighbor who plays chess with her grandfather and reads for her daughters. He is also depicted as Morgan’s boyfriend in the story. One day Morgan’s babysitter Tessa is found raped and murdered. Tessa is a popular girl in the community and there is a tremendous outrage resulting from her murder. Nick is suspected for the murder and there is very strong evidence against him for the crime.

Morgan has known Nick for some time and she refuses to believe that Nick has committed the crime. She turns down the offer for her job and takes the help of Lance and Lincoln to defend Nick and also find Tessa’s real killer. Morgan and Lance get deep into the investigation and are determined to reveal the truth. During their investigations, they discover truth which will unsettle and rock the community and expose them to grave dangers ahead.

Say You’re Sorry: Morgan Dane, Book 1 by Melinda Leigh is a pacy thriller. The author ensures that the plot moves ahead rapidly and there are numerous unpredictable twists and turns which keep the readers engaged till the climax. The story is narrated from the alternating point of view of Morgan and Lance which is interesting and offers the readers an insight into their thinking.

The character of Morgan Dane has been beautifully portrayed by the author. Her budding relationship with Lance is also something which the readers will enjoy. Lance and Morgan come across as a complimenting couple. The first book of the Morgan Dane series is a compelling read and should not be missed.

Use of Force
Life After Death: A Renowned Psychic Reveals What Happens to Us When We Die
The Happy Medium: Life Lessons from the Other Side
Hi Gorgeous!: Transforming Inner Power into Radiant Beauty
House of Nails: A Memoir of Life on the Edge
Violence of Action: The Untold Stories of the 75th Ranger Regiment in the War on Terror
X