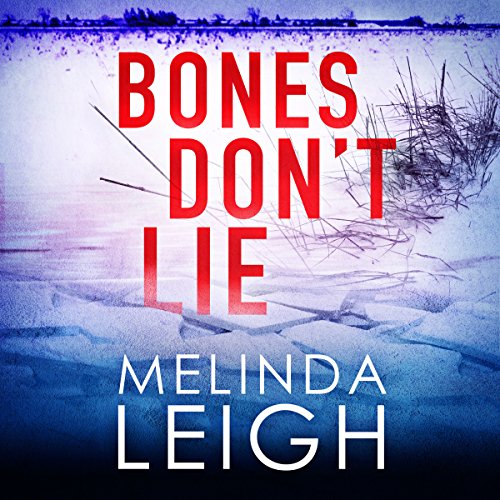 The story of Bones don’t lie by Melinda Leigh audiobook is a story about how the private investigator Lance Kruger confronts his father’s disappearance.

For years, since he was a kid, Lance lived with the weight of his father’s disappearance. Furthermore, it turns out that his father has actually being murdered. His car was found at the bottom of Grey Lake. Suddenly, they found bones inside the trunk of his car. At first, they believe that these bones belong to Lance’s father but it turns out to belong to a female victim.

This case is hard for Lance because he has been wondering where is his father for the last twenty-three years. All he wants is answers for him and his mother that was also devastated by this disappearance.

Lance and attorney Morgan will have to find this killer but they have to be careful because that killer has kept the secret through the last twenty-three years. Slowly, lance and Morgan will start to build a romantic connection between them.

This audiobook is the third book of the Morgan Dane series. The whole series is about basically cases that our main characters have to get involved in and investigate to solve them.

Our main character is passing through a hard time in his life when the car of his disappeared father is found in the Grey Lake. Morgan knows that this case is bothering a lot to Lance and she will help him to look answers. But she seems to have a stalker that is watching everything because of some events that are happening to her.

If you want to read a thriller about crime and investigation this is the right book for you. It also has a little romance between Lance and Morgan because they make a great couple because Lance is a P.I while Morgan has law experience.


How different is Bones Don’t Lie from the rest of the books from Morgan Dane?

Bones Don’t Lie is highly recommended as the rest of the Morgan Dane series. In this book, the relationship between Morgan and Lance is growing up while there is also the investigation and law component that characterize this story.

Whom would you recommend to read Bones Don’t Lie?

We recommend this book to lovers of good investigations that drop the right amount of clues to make real twists in the story.

Is Bones Don’t Lie a book of romantic suspense?

Although it has a little romance on it, it is totally a thriller that is filled with terrifying moments that will make your heart beat really fast.

Would you say the character development is well done with this book?

We would say that every character is as good as the firsts books, they have been developing along the three books and you will love the stories behind them. So if you are a fan of this series you will notice and enjoy these changes.

Chains of Command: Frontlines, Book 4
Alfred Hitchcock and the Making of Psycho
War Letters: Extraordinary Correspondence from American Wars
Finding Peter: A True Story of the Hand of Providence and Evidence of Life After Death
Doctor Who and the Genesis of the Daleks: 4th Doctor Novelisation
Imperfect Justice: Prosecuting Casey Anthony
X