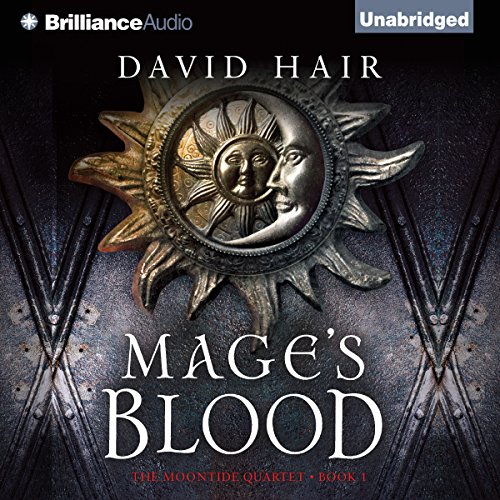 Far below the impassable oceans of Urte lies the Leviathan Bridge. Every twelve years, during the Moontide, the enchanted strucure rises from the depths, connecting the advanced magical society of Yuros with the resource-rich lands of Antiopia. Built to facilitate trade between the two continents, the Leviathan Bridge brought wealth and prosperity to both. But two Moontides ago, the Rondian Emperor launched a Crusade of conquest to the East, sending his armies of Magi across the Bridge to plunder Antiopia. A Second Crusade twelve years later cemented a new cycle of war. Now the Third Crusade approaches, during which the Emperor plans to subjugate Antiopia once and for all. But this time the people of the East are ready. With vast forces mobilizing on both sides of the Bridge, the greatest armed conflict of the age is about to begin. But sometimes, even against the backdrop of history-changing events, the actions of individuals can change everything. As the tide of war begins to crest, three very different people—Alaron Mercer, a failed mage in a rebel kingdom; Elena Anborn, a jaded mercenary in the wrong place at the right time; and Ramita Ankesharan, a market-girl about to be plucked from obscurity by the most hated man in the East—may determine the fates of both continents.

Genghis Khan and the Making of the Modern World Audiobook [Free Download]
Unfinished Business: What the Dead Can Teach Us About Life
Daring to Dream: Dream 1
Waking Up in Winter: In Search of What Really Matters at Midlife
Beautiful Chaos: Beautiful Creatures, Book 3
A History of the United States in Five Crashes: Stock Market Meltdowns That Defined a Nation
X