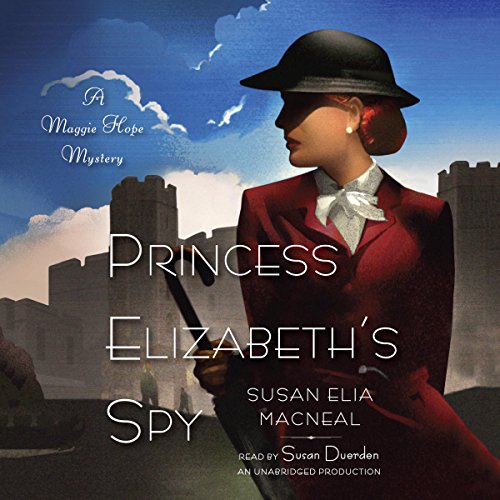 Susan Elia MacNeal introduced the remarkable Maggie Hope in her acclaimed debut, Mr. Churchill's Secretary. Now Maggie returns to protect Britain's beloved royals against an international plot one that could change the course of history. As World War II sweeps the continent and England steels itself against German attack, Maggie Hope, former secretary to Prime Minister Winston Churchill, completes her training to become a spy for MI-5. Spirited, strong-willed, and possessing one of the sharpest minds in government for mathematics and code-breaking, she fully expects to be sent abroad to gather intelligence for the British front. Instead, to her great disappointment, she is dispatched to go undercover at Windsor Castle, where she will tutor the young Princess Elizabeth in math. Yet castle life quickly proves more dangerous and deadly than Maggie ever expected. The upstairs-downstairs world at Windsor is thrown into disarray by a shocking murder, which draws Maggie into a vast conspiracy that places the entire royal family in peril. And as she races to save England from a most disturbing fate, Maggie realizes that a quick wit is her best defense, and that the smallest clues can unravel the biggest secrets, even within her own family.Praise for Mr. Churchill's SecretaryDelightful may seem a strange word to describe a novel that takes place against the backdrop of the bombings of London during World War II, but it's appropriate for this debut novel. . . . As sweet as it is intriguing. USA Today A captivating, post-feminist picture of England during its finest hour. The Denver Post Daring . . . Blends meticulous research on the era, psychological insight into Winston Churchill, and the creation of a riveting main character, Maggie Hope, into a spectacularly crafted novel. Bookreporter A ripping good yarn [that] enthralls and satisfies. Richmond Times-DispatchFrom the Trade Paperback edition.

The War of Art Audiobook by Steven Pressfield [Get Free]
Caliban's War Audiobook by James S. A. Corey [Free Download by Trial]
Marching Through Georgia: My Walk with Sherman
The Museum of Extraordinary Things: A Novel
The Only Negotiating Guide You'll Ever Need, Revised and Updated: 101 Ways to Win Every Time in Any ...
Extreme Ownership: How U.S. Navy SEALs Lead and Win
X