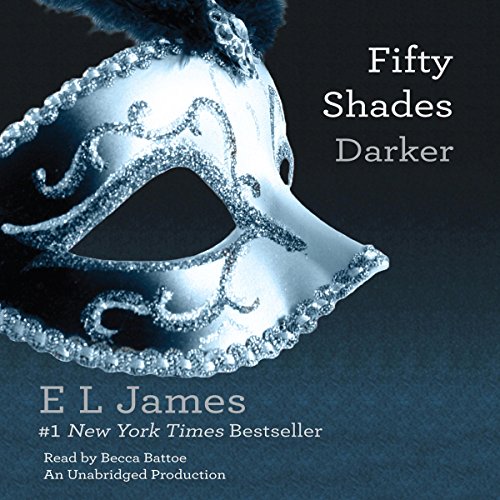 Fifty Shades Darker: Book Two (Fifty Shades Trilogy) by EL James is the second novel in the Fifty Shades trilogy. It furthers the story and the deepening relationship between Anastasia Steele and Christian Grey. After leaving Christian, Anna starts working as an assistant to Jack Hyde, the editor at Seattle Independent Publishing (SIP). Slowly, Christian and Anna come close together and Christian asks her to resume their relationship as Anna pleases and without any terms and contracts to which Anna agrees.

Christian buys out SIP and stops Anna from going to New York with Jack as he has harassed his earlier assistants. Jack blackmails Anna demanding sexual favors from her. Christian fires Jack on knowing this. Ana is troubled at work by Leila Williams who was one of Christian’s earlier submissives. Christian confronts Anna and puts out the marriage proposal for her which she does not respond to immediately.

On the eve of his 28th birthday, Christian goes missing while flying his helicopter from Portland to Seattle. He later returns safely and explains that both the engines of the helicopter failed and he expects sabotage. Anna realizes she cannot live without Christian and she accepts his marriage proposal and they announce their engagement plans to the world. Christian takes Anna to the boathouse and proposes her with a ring which she accepts gleefully.

Fifty Shades Darker: Book Two (Fifty Shades Trilogy) by EL James provides a better elaboration of the characters. After the initial heartbreak, Anna becomes more clear and confident in life. She confronts Christian and speaks her mind openly unlike the first book, where she was merely submissive. Christian also develops romantic feelings for Anna and falls in love with her and does not see her as a submissive any longer. Anna is able to bring the negativity out of Christian’s life and makes him feel loved and wanted.

The book details the characters and feelings in a more detailed manner than the first book. The readers get to know and understand the lives of Christian and Anna and get an insight into their feelings and intricacies of their relationship.

The narrative does become repetitive at times and could have been edited better. Overall, the second book is a better read than the first one. It develops on the characters and the storyline of the first book and ensures that the plot moves forward.