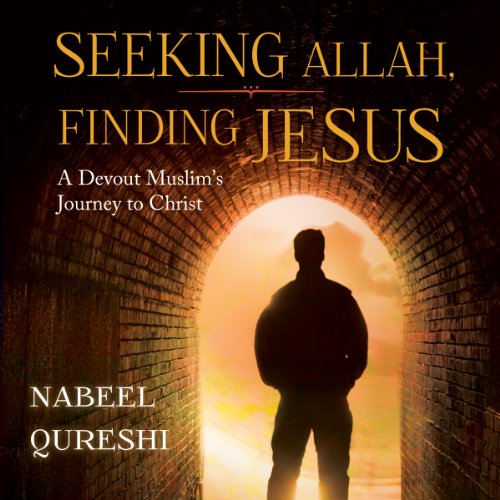 Seeking Allah, Finding Jesus is an audiobook written by Nabeel Qureshi where he describes his dramatic transition from Islam to Christianity, full of friendships, research and unconventional dreams.

He describes his early life as living in a Muslim home full of love. He tales the story how he, being extraordinarily passionate regarding the Islam, comes to find out that Jesus actually was resurrected and claimed to be the son of God.

By facing this, Nabeel struggles during the whole transition since he doesn’t want to deny his family, his root, or his faith. His incredible experience will question Muslims and Christians alike, as well as everybody who is interested in the greatest religions of the World.

Seeking Allah, Finding Jesus is an engaging thought-provoking story that will certainly get immersed in the life of a passionate Muslim who happens to find Jesus in his spiritual journey, as well as the class that these two religions cause in his heart before finally finding peace with Jesus.

Almost two years after its release, Seeking Allah, Finding Jesus had already sold more than 160,000 copies in all editions and it still continues to sell more and more. It is at this very moment placed in the 9th position on the NY Times Best Seller ranking in E-Book Best Sellers category for the week of September the 6th, 2018.

Additionally, this audiobook is the first one ever to receive two Christian Book Awards simultaneously in both categories, Nonfiction and New Author.

Qureshi says to be amazed by how the Lord had used Seeking Allah, Finding Jesus for his purposes. He also points out that their teammates had found a great quantity of people from very uncommon places that had been using the audiobook as individuals as well as groups in so many different countries such as India, Liberia, Kenya, Somalia, Indonesia, South Africa, and even Bangladesh.

Qureshi has spoken at an open forum on September 12 on the campus of the University of Toronto where he gave a talk about the topic “Questioning Jesus: Critically Considering Christian Claims”. Two people who have also found Jesus after being Muslims came to the forum to share their journeys and how they, now, give their lives to the Lord and commit to follow Jesus.

Qureshi claims he feels very happy to know that Jesus is using his book to bring people close to him.

This book is currently being translated into ten different languages.