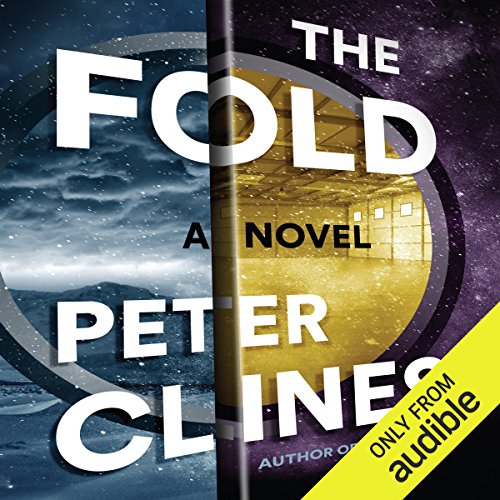 The Fold by Peter Clines

The readers can download The Fold Audiobook for free via Audible Free Trial.

The Fold Audiobook by Peter Clines is a story about the decision of Mike Erikson to move to a small town in New England where everything is perfect for the average guy. Although Mike is not the average guy, he has one of the highest IQs in the world, but life in the little quiet town is all he has been looking in the last times. But everything is going to change when one of Mike’s old friends shows up with a mystery so irresistible and only Mike is able to solve.

The enigma presented to the novel’s hero is taking place in the California desert, where a group of scientists working for DARPA has invented a device that allows them to “fold” dimensions and shorten the distance along the Earth and permits travelling miles by taking a simple step. The Albuquerque door, as the scientists kindly call it, is the possibility of fulfilling the dream of teleportation. They sustained that the machine is completely safe, but some proofs demonstrate quite the contrary; a fact that the researchers don’t want to be spread around. As Mike gets deep into his investigations, he is certain that the new discovery is the most dangerous device on the entire world.

The Fold Audiobook by Peter Clines is a science fiction story written by the author of the bestselling novel “14”, as a matter of fact both novels are connected by similar endings and it implies the possibility of a trilogy to complete the universe created by Clines. With a Lovecraftian touch in the story, this audiobook is almost a perfect combination of science fiction and horror with solid narration, performed by Ray Porter, that keep the interest of the listener during the 10 hours and 52 minutes of the audio. The material also combines the style of Michael Crichton with a little bit of a Sherlock Holmes story and it has gained high praise among science fiction fans and writers as well; authors like Andy Weir (The Martian), Mira Grant (Feed), and Wesley Chu (Lives of Tao) among others have only expressed their admiration to Clines’ creations.

The audiobook is built upon a premise that is quite intriguing, but at the same time accessible and friendly; but the ending is not at the same level of the first two thirds of the material.

Even thought, The Fold is challenging, exciting, and generally a truly creative piece of writing. Give it a chance if you are into the combination of sci-fi and a good mystery story.

Norwegian Wood
Her Every Fear: A Novel
Merry Cowboy Christmas
The Defining Decade: Why Your Twenties Matter - and How to Make the Most of Them Now
Strong and Kind: Raising Kids of Character
The First King of Shannara: The Shannara Series, Prequel
X