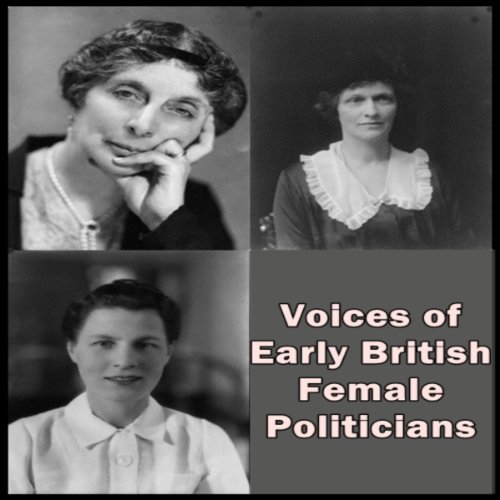 Katharine Ramsey, lived from 1874 to 1960. Known as the ‘Red Duchess,' in 1923 she became the first woman member from Scotland elected to the House of Commons. As a crusader against international cruelty, she spoke out against Stalin, Franco, and Hitler. The following is from a 1929 speech. Nancy Astor (May 19, 1879 – May 2, 1964), though born in Danville, Virginia, was the first woman to sit as a Member of Parliament in the British House of Commons. Known for her quick wit and often sharp tongue, she remained an MP from November 28, 1919 through July 5, 1945. Edith Clara Summerskill (April 19, 1901 – February 4, 1980) was a British physician, feminist, writer, and a Labour member of Parliament from 1938 to 1961. In addition to co-founding and acting as the first president of the Married Women's Association, she was a strong advocate for women’s equal rights. The recordings are dated from 1941.

Origin: A Novel
The Emperor of All Maladies: A Biography of Cancer
The End of Illness
Blowback: Scot Harvath, Book 4
Five Presidents: My Extraordinary Journey with Eisenhower, Kennedy, Johnson, Nixon, and Ford
Fat Tuesday
X