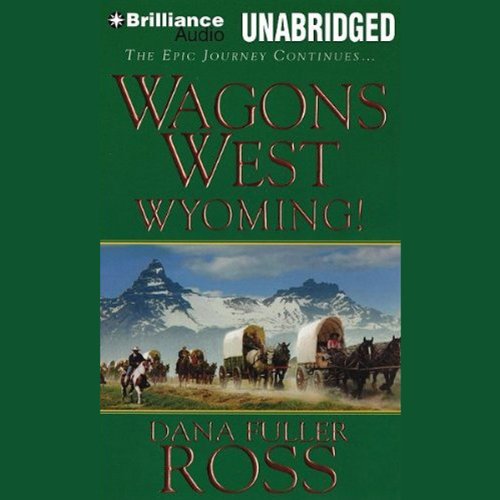 WYOMING! 1838. The first wagon train to Oregon country moves slowly across the Great Plains, reaching the foothills of the Rocky Mountains in early autumn. Led by wagon scout "Whip" Holt, the five-hundred-strong community of courageous men, women, and children prepare for the bitter winter ahead. Among them are dreamers and drifters, foreigners and natives, friends and enemies. But it is a pair of strong-willed women who are Whip's most unexpected allies: the outspoken Cathy van Ayl, widowed and alone at twenty-four, and the beautiful half-Arapaho, half-Cherokee La-ena, who was once Whip's mistress. Before these brave pioneers lie endless miles of hardship and danger, treachery and death. Beneath their struggle for survival lie hidden rivalries, unspoken secrets, and burning jealousies that threaten to consume them all. But in their hearts beats the dream of a new beginning in a promised land - the unstoppable dream of America itself.