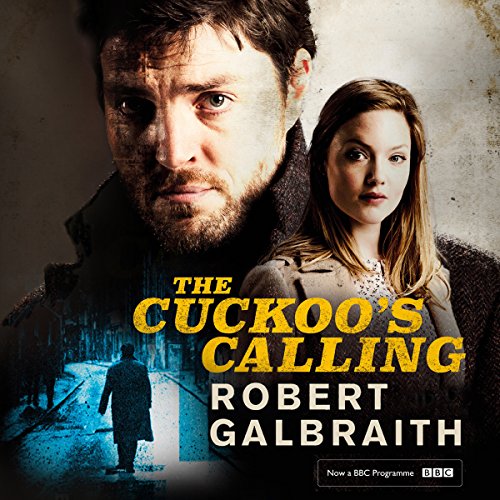 The Cuckoo's Calling by Robert Galbraith is crime fiction novel published in 2013. The famous author J.K. Rowling has written the book under the pseudonym of Robert Galbraith. Cormoran Strike is an Afgan war veteran and a struggling private investigator.

He is approached by John Bristow a prospective client. Bristow’s adoptive sister the supermodel Lula Landry has died. Bristow believes that she did not commit suicide and jump to her death from her apartment. He wants Strike to investigate her death. Though Strike is not convinced by Bristow’s narrative, he still undertakes the assignment for the need of money.

Strike hires a secretary- Robin Ellacott for one week. Together both of them start the investigation. Strike realizes that Robin has been much more resourceful than he thought and he extends her stay. Robin has been engaged to her boyfriend recently who strongly disapproves of her taking up this assignment as the secretary of Strike. Strike and Robin start interviewing Lula’s friends, family, and acquaintances.

They also interview a fashion designer who affectionately referred to Lula as “cuckoo”. As the investigation furthers and they interview more people, Strike starts to get convinced that the there is more than what meets the eye in Lula’s death. The investigations by Strike and Robin and how they move ahead in the case, facing new mysteries and resolving them forms the remainder of the story.

The Cuckoo's Calling by Robert Galbraith is an engrossing thriller. It received critical acclaims from most of the noted critics. The author cleverly underplays the character of Cormoran Strike by depicting him as an underdog. The readers do not get overwhelmed by the detective and when he delivers they get positively surprised. Robin- Cormoran’s secretary slowly grows as a character as the story progresses forward.

The author has developed the characters nicely and the readers will be able to relate and bond with them. The story moves forward swiftly and there are plenty of twists and turns which keeps the plot unpredictable. The unpredictability of the plot is the charm of the book and this keeps the readers engaged till the end. The fans of the crime and thriller genre will definitely enjoy the book and must not miss it.

Becoming a Contagious Church: Revolutionizing the Way We View and Do Evangelism
Drunken Fireworks
Do You!: 12 Laws to Access the Power in You to Achieve Happiness and Success
I Will Hold: The Story of USMC Legend Clifton B. Cates from Belleau Wood to Victory in the Great War
His Needs, Her Needs for Parents: Keeping Romance Alive
Jaguin’s Love: The Dragon Lords of Valdier, Book 8
X